Sam Friday, along with 10 other AmeriCorps NCCC volunteers, spent six weeks volunteering with Habitat for Humanity Vail Valley in November and December 2018. The crew completed 2,500 volunteer hours during their time in the Vail area. Below is Sam’s reflection of his volunteer experience.

“Growing up I never really experienced many challenges of my own. I lived in a middle-class house in a quiet suburban neighborhood in a nice Massachusetts town. I supported the Patriots, went to school five days a week and binge watched NCIS on TV with my Dad. I lived in a single-family home my whole life. The small white house at the end of the street, just off the cul-de-sac, the one with the steep driveway and the neighborhood sledding hill. That was where I lived.”

“During my time as an AmeriCorps NCCC volunteer with Habitat for Humanity Vail Valley, I began to understand how truly lucky I had it. When some folks are asked the question, “Where do you live?” they can’t say “The red house just down MacGregor” or “that huge apartment complex over in Vail.” Some folks don’t have a steady home, the roots that they can hold on to when the rough patches hit. A place to call home that gives you a sense of belonging, a sense of fitting in.”

“But, the work that we’re doing here in Gypsum is changing that. Those folks that previously didn’t have a home, that didn’t have a place that they could point to and say, “I live there,” they’re one step closer to having a home now.”

“Rather than just imagining their own home, they can physically see it now: a two-story, two-unit house, at the end of the street. It has a partial roof, some nice windows, a solid outside structure, and it can physically be seen, touched, and viewed. They no longer have to say, “I kind of bounce around from place to place a lot.” Now, they can say, “Oh, I’m going to live in the gray house at the end of Nighthawk Circle, on the left side.” 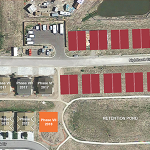 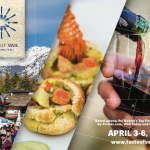